I posted this blog at patheos.com, and I want to share it here as well since the topic is so timeless. Whatever issues you’re facing, the solution always starts within.

What Does Terrorism Have to Do with Your Inner Peace? 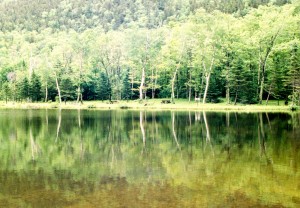 After the terrorist attacks in Paris last Friday, the Dalai Lama said:

“At 81, I believe [violence] cannot be resolved through prayers or government help. We have to begin the change at the individual level and then move on to neighborhood and society.”

It’s remarkable how different that message is from almost everything else in the media, where the endless conversation is all about The Other:

The questions go on and on. And in the middle of that fear and debate, here’s the Dalai Lama, reminding us that the end of terrorism begins with our own inner peace.

How is that possible? If you’re sitting in Davenport, Iowa, or Laramie, Wyoming, how could your inner peace possibly impact ISIS? Why does it even matter when, our ego mind says, we’ve got to figure out how big the terrorist network is, what encryption methods they used, and how many others may be involved?

It matters because we’re all connected in this body of humanity. We’ve come a long way in understanding the connections within our own physical body. Flossing your teeth can help prevent heart disease. Rubbing your big toe can alleviate migraine pain. At the same time, we’re in a crash course to grasp the biosystem in which we live, and how a change in land use on one side of the planet, for instance, can affect the amount of rain on the other.

But we seem to have a blind spot when it comes to the interconnectedness of the human race. We keep repeating the same old patterns, taking sides, sorting people into allies and enemies, and thinking we can permanently wipe out extremism by using extreme measures.

As the Dalai Lama reminds us, our individual lives do matter. We each have the power to incite more fear, or to diffuse it. If we focus on individual peace, we contribute to a whole of peace—and we may discover solutions that have been veiled by fear until now.

Second, it matters because our thoughts have energy. There are countless stories, but here’s one that happened recently: I received an email from a woman named Deb who has had a less-than-happy relationship with her mom. Her mom called her recently, and sure enough, started trashing the people in her life.

Without saying anything out loud, Deb asked Spirit to heal her own fear-based thoughts. She said the prayer to herself twice, hoping it would help her get through their conversation. But it had an unexpected effect. “Within two times repeating it,” Deb told me, “my mom’s whole side of the conversation changed from derogatory to pleasant, and she was looking for nice things to say about others. I’m not exaggerating when I say she has not done that in years.”

Again, this may seem far removed from terrorism. But think about it: When we ask for peace in our own lives, we help create it in the lives of those around us. And as Deb’s story shows, it can happen instantaneously.

And, third, finding inner peace matters because it recognizes the role of Spirit in our lives. The issue of terrorism seems daunting and practically insurmountable. But Spirit is certainly up to the task, especially if we’re willing to relinquish our own fears so we can become true agents of change.

This is far different from asking God to solve the problem for us. When we invoke the power of divine energy, we don’t need to defeat the ideology of The Other. Instead, we volunteer to be good stewards of an ideology that returns all of us to peace.

So…instead of listening to the 24-hour news cycle and speculating on what will happen next, try this: Close your eyes. Take a deep breath. Talk to the Divine, and ask to be used as an instrument of peace. Ask what that might look like for you. Ask for your fear-based thoughts to be healed. Ask to join with others who can help build a foundation of peace. Ask to have the courage to speak up for a different path. Ask for the spiritual strength to be steadfast in your own personal détente.

Your ego will say this is lame—as in, “Yeah, that’s sweet, but how are we going to keep ISIS out of Washington?”

Where you go from there is your choice: Back to fear of The Other, or back to your own individual peace. You choose. But remember, as the Dalai Lama has reminded us, the future of the world depends on it.